This is what I sent Him:

I try to avoid the close up pussy pics (though I’m sure He enjoys those, too), as they feel too pornographic to me. I would rather send evidence of a good time had…and appreciation for allowing me to have it.

It felt good to ask. It felt even better to see that “Yes” pop up so quickly in a text.

He’s a good, good man…and I hope that smile on my face made Him happy.

I have to say that asking permission…for anything really…to spend money, to go someplace, to do something…is one of those things that very much puts me in the submissive mindset. I don’t always have to ask to do things, but it’s something I plan to do more often…not because I have to, but because I want to. I like putting Him in a position of making the decision about what I do or do not do. I also like being given permission to do things. For some reason, it make the thing I am doing feel more “special.” And even when He chooses not to give permission, and when I follow His command to not do something, it makes me feel as if I’ve been successful at pleasing Him in some small way. Even if it makes me a little pouty to not have something I want or do something I want to do.

Besides, He very rarely tells me no. There isn’t often a reason to do so. But knowing He has the right to, because that is our agreement, is the core of D/s. Power does not have to be wielded to be power, after all. 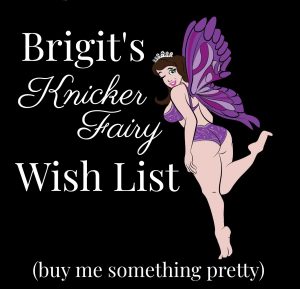