It was a very gray day, indeed. Rain beat against the roof in fits and starts, sending Edward into a reverie of a time when he’d once convinced his young children that the sound was the pattering hooves of Santa’s reindeer.

Those very children would be bringing their own children to dinner, and his lovely wife, Margery, was downstairs now making the whole house shine and smell of good things.

His life was good, if not a little dull.

Since retirement, he’d found himself occasionally wishing for something new to spark his interest. A new hobby, a new friend…something to whittle away a few hours before his evening shows came on the television.

Ah, it was time to make his debut, properly dressed in a Christmas vest and tie. Edward, smoothed his beard and winked at himself in the mirror. It would be a lovely day, he was sure. Margery always saw to its perfection. He expected she’d be bustling around the kitchen in her holiday apron, one she’d made by hand and needle-pointed by the light of the fire over several afternoons. Her graying hair would be held-up with pins in a bun, wispy curls loosely framing her face.

Edward made his way down the stairs, hands on his belly, looking forward to the Christmas feast. His noisy brood would be here within hours, and he’d happily invite grandchild after grandchild onto his lap for a quick story and a nickle-behind-the-ear trick.

Edward’s jaw dropped and his eyes widened when he exited the stairwell. There was his beautiful wife, naked and on her knees in the living room in front of his chair.

“I’ve made your Christmas Pudding, dear.”

She looked at him with look of coy invitation mixed heavily with doubt and insecurity. Biting her bottom lip, tilting her head to the side, and looking up at him through her still thick lashes, a thing she did that sent him nearly over the edge every time, she asked, “Would you like to taste it?”

Edward blustered a perfunctory response, “Well, of course my dear, but…”

Edward hurried to his chair and took his seat in front of Margery. The aforementioned Christmas pudding was displayed beautifully on a silver platter on the coffee table beside her.

“Now, Edward, you mustn’t taste the pudding until I’ve gotten something off my chest. I’ve worked all morning, and I’ll continuing working into the evening. And I have no complaint about that, dear…I love doing this for the family. But, I’ve come to the conclusion that I really must have a little something new this year to spice things up.”

“Now, I know we don’t do gifts for each other at Christmas, but this year, I have a request.”

He could hardly pay attention to what she was saying, as her breasts jiggled with every emphatic movement of her head. It’d been a long time since he’d seen her naked in this way, in the open for no utilitarian reason. It heightened his awareness and made him more attentive that he would be otherwise. After so many years, he’d grown used to a glimpse here and there, and tended to block it out as it led nowhere.

But this was clearing leading somewhere, and what excited him more than anything is that he didn’t have a clue where that “somewhere” would be.

“And what’s that, Margery?” He tried hard to keep his eyes on hers, but it was obvious, as she followed his wayward glances down to her breasts and her uncovered lower bits and then met his eyes again, that she noticed, and enjoyed his inability to stay focused on her face and her words.

“Well…not completely new…but I’d like to…bring something back…something we used to do…a long time ago…” the blooming roses in her cheeks spread like falling petals down her throat and chest. She was clearing unsure of herself, and nervous, which made Edward love here even more for her effort. Clearly, she was putting herself out there, and he appreciated her discomfort alone for the gift that it was.

She hesitated, dropping her gaze, looking for all the world like the shy, young girl he had married 45 years before.

“I’d like you to spank me, Edward,” she whispered.

A look of confusion, laced with a smile, took over the features of his face. His eyes twinkled, though.

“Spank you? Goodness me, for what reason? Have you been naughty, Margery?”

“Yes, Edward, I have. I’ve changed the recipe on your favorite Christmas pudding, and I’m not sure at all that you’re going to like it.”

“Still, Edward, I think I shall like to have a spanking, and maybe further spankings still…on other days…for other reasons…” she paused and smiled up at him, “or no reason at all.”

“Oh!” Edward smiled, his eyes twinkling. He considered asking what she’d been reading lately, or watching, but thought better of it. The moment was too perfect to ruin with silly questions.

“Well, then, I guess we must get on with it then, before the children arrive. But, could you do me a favor, Margery?”

“Will you please put on your apron, first?”

Margery smiled, her face bright and shining as a girl who has just been given a pony for Christmas. She placed her hands on his knees and very carefully found her way from her knees back to standing. Her right hip had been giving her fits, and Edward smiled at the added bit of trouble she’d gone to for his pleasure.

He watched her quickly wiggle her way back to the kitchen, her backside jiggling and her thighs swishing back and forth against each other, whispering secrets he would have loved to have heard better.

Seconds later, she returned, her hands behind her back, tying the apron around her waist.

“Come here my dear,” he patted his lap, signalling the placement he expected.

“It’s been a long time, love….a long time since we did this.”

She bent over his knee and wriggled into place, her rear end round and soft in front of him like warm, rising dough. He felt the familiar twitch between his legs, as he raised his hand high above his head and let it crack against her behind, the reverberation vibrating her flesh like a rock thrown into a pond…long missed waves of luscious heat.

Edward rubbed the warming flesh of her backside, enjoying the flush of his hand prints raising on her skin. He traced the crack of her ass, and slipped his fingers between her cheeks. He knew from times long past, that touching her there would make her shiver and blush with embarrassment. But right now, he didn’t care. He wanted to touch her…everywhere. It had been so long, since he’d been with her like this, and he couldn’t remember why they’d ever stopped.

She squirmed as he traced his finger past one hole and to the next, slipping it into her. She was wetter than he’d expected she would be, which caused his heart to race. Heat boiled between his legs, and he nearly gave into it, letting loose the flood within. One finger, then two, then three…he thrust them into her and pulled them out as she writhed against him, her naked breasts squashed like warm pillows against his thighs.

He pulled his fingers out and raised up his hand again. Crack after crack, whimper after whimper…and suddenly…

…a knock at the door.

The children were always showing up at the most inconvenient times. Edward sighed audibly.

“Well, Margery. I guess we’ll have to put this off until later.”

She slid rather clumsily off of his lap, pulling her apron down to cover what little it would.

“Can you hold the children off the kitchen for a moment, Edward? I’ll need a moment to pull myself together.

Margery hurried off to the kitchen, her hands doing a poor job of covering her ample rear. Edward went to the door and opened it to the bustling horde that was his family. Sons and daughters and busy, noisy grandchildren. Babies, too. There were hugs and kisses and greetings all around, and repeated inquisitions about Mother’s whereabouts.

“Is she in the kitchen, father?”

“Um…uh…I’m sure she’d rather not have everyone in her way just now,” Edward sputtered. “Why don’t I just help you all with your things and let’s get the children set up in the living room. There are presents!” The children squealed and ran, a little herd of blond and red heads with freckles and wild smiles.

“That is my special dessert, little Nell…something your Grandmother makes just for me every year.”

“It’s looks delicious,” her eyes were large as she gazed at the sweet.

He smiled at her, one hand raised to establish the importance of what he was saying, “It is, Nell…it is. So, so delicious.” His eyes sparkled.

“Can I taste it?” She looked hopeful.

“I’m sorry, Nell, but this is one thing I’m not willing to share. Grandma makes it just for me, and this year it is more special than ever.”

“Why?” Her voice hushed, as if he were going to tell her a secret more precious than gold.

“Because she changed the recipe every so slightly, and has made it into a treasure I will never forget.”

“But it doesn’t even look like you’ve tasted it yet, so how would you know?”

Just then, Margery entered the living room, smoothing her apron over her dress and patting her hair, “Ohhhhh! You’re all here! I’m so glad to see you all!”

The whole brood ran to her side, waiting to give hugs and kisses. She was an attentive mother and grandmother, much appreciated.

Edward glanced again at the Christmas pudding. He wondered what she’d changed about it, if anything. Maybe it was really nothing. Maybe she’d just used that as a ruse to pull him into her wicked, wonderful little game. Either way, he knew that this pudding would taste better than any she’d made in a long, long time.

From across the room, Margery caught his eye and winked. She blew him a kiss and whisked the pudding away, surrounded by her three grown daughters.

“It looks delicious, Mother…what is it?”

“I call it Naughty Christmas Pudding. Usually I drench it in brandy, but this year I soaked it in bourbon.”

“It is, my dear…it is! But this is only for your father…it’s his special dessert. I make it for him every year, but this year is extra special…I took that bourbon from his special stash and he’s going to have my behind when he finds out!” 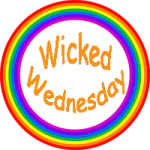 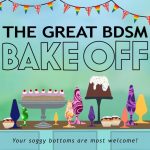 21 Replies to “A Naughty Christmas Pudding” 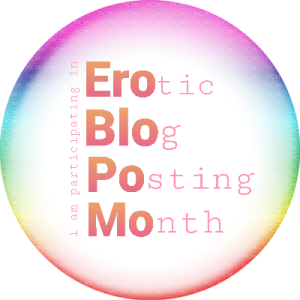