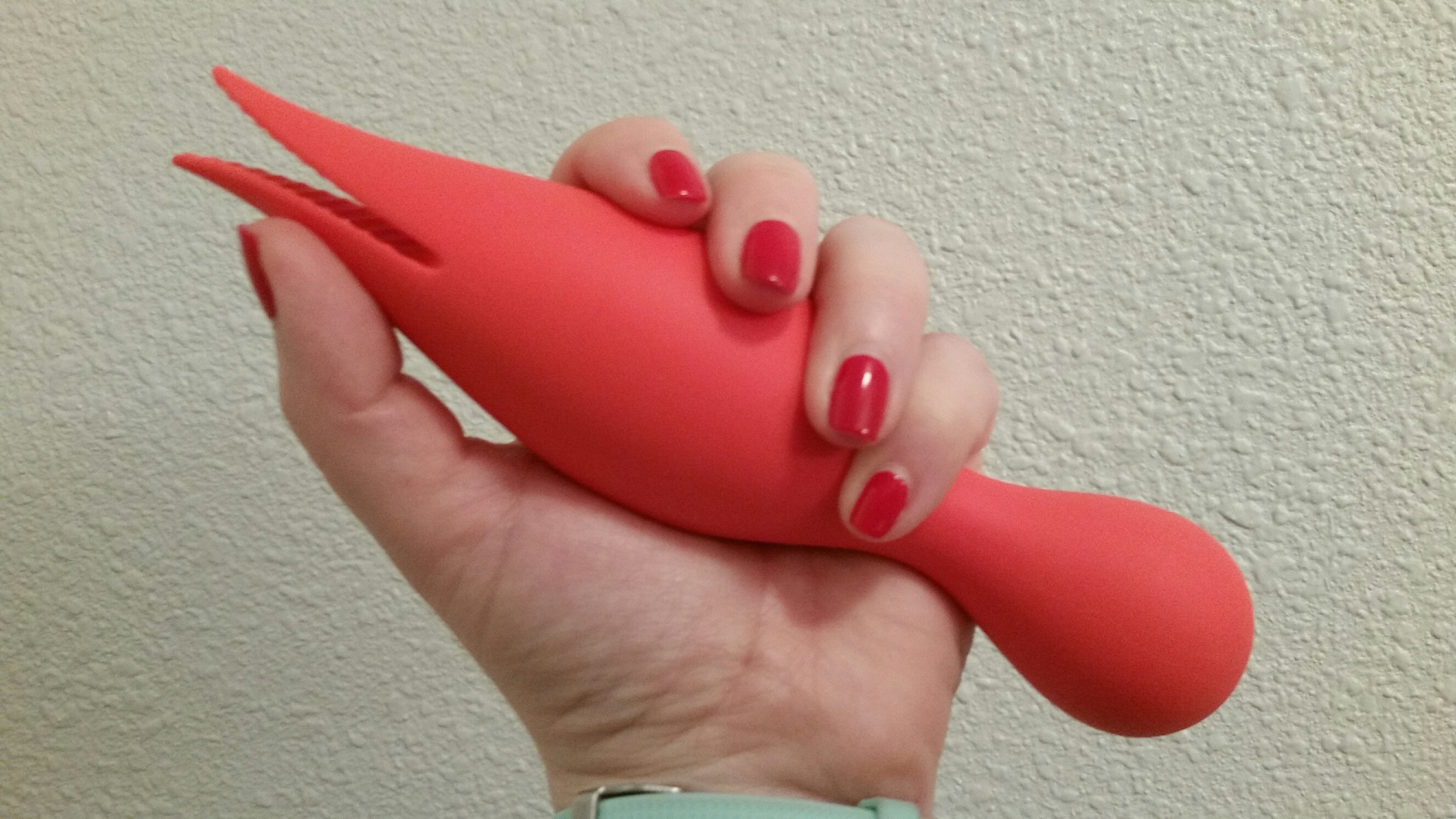 When I got this toy in the mail, I was a little disconcerted. The outside of the box was clearly labeled with the contents. Even though I use a pseudonym, I live in a small town, and I don’t really need the postal crew knowing I’m getting “Hand Held Massagers” in the mail. It doesn’t take a genius to figure out that’s a sex-toy, for god’s sake. So this is definitely something I’d like to see the company amend.

When I unboxed the toy, though, I was struck by how pretty it was…how smooth and pliable at the tip and neck. It’s a quality-made product that feels solid in the palm of my hand. It’s obviously meant to last and is a product that will grace my toy drawer for years to come. 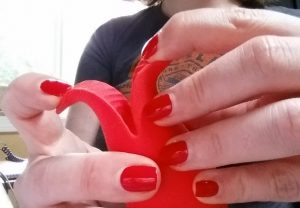 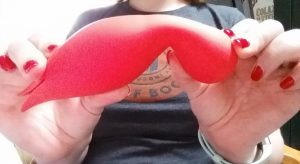 I was excited to use it, so I plugged it in and waited impatiently for the 2-hour charge. It comes with a USB charging cable and reportedly lasts 3 hours once fully charged. I haven’t worn out my first charge yet, so I have no idea if this is accurate. I’ve used it several times, though, and it’s still running strong on that first charge.

The first time I used this (with my Husband), the tongue sent me through the roof; though, I have to admit, my clitoris and nipples are extremely sensitive to touch until I am significantly “warmed-up.” However, when I used it in the shower on my own (I was already “ready to go” at this point), the highest setting was AWESOME. It reminded me somewhat of the “single strong stream” setting on the shower head.

The knob end offers 5 vibration modes. These are also all constant vibrations…no patterns or pulses. This end works well externally and internally. Vaginally, the curve is just enough to reach my g-spot (with some maneuvering and adjusting), and anally, it hits the perfect position when used in conjunction with an additional clitoral stimulus. It wasn’t difficult to insert. In the shower, with the toy wet, I didn’t even need lube, as the toy is just that smooth.

The Siren is completely waterproof (made of silicone), and I can attest, as mentioned above, that it works perfectly nicely in the shower or the bathtub.

The Siren is about average in the sound category. Though I can’t quite get away with using it in the bedroom on its highest settings without someone hearing it in the next room, it’s far quieter that some of my other toys.

For those who care, it also has a travel lock function to keep it from accidentally powering on in your bag.

What do I think?

If you only had one toy, this would be a good one. It works as an external and an internal stimulator, offers several levels of intensity, could be used alone or with a partner, is waterproof, and is made of quality materials.

The Siren is durable, waterproof, and versatile.

It can be used in a variety of ways on and in different parts of the body (for both women and men).

The quality construction and materials set it apart from many less expensive toys.

It comes with a one-year warranty.

It comes with a nice, velvet storage bag.

The mailing label notifies the world that you have ordered a sex toy.

Where can you buy one?

I always check out a company’s website before accepting a toy to review. Obviously, first I want to know they are legitimate, but I also like to see that their site is professional and that they offer other products that might be interesting, as well.

Here’s what I found…

Also, per their website, they have won several awards for their product line:

As a world-renowned high-end sex toys brand, SVAKOM has been constantly pursuing excellence and innovation, and has won many international awards such as the German Red Dot Design Award, the iF Design Award and the Taiwan Golden Point Design Award. In 2015, it won the “2015 Best Partner Award” by Amazon. The “Most Innovative Company of The Year 2015″ presented by Erofame (Germany). The ” Best Sex Toy Technology Award ” by “SIGN” magazine in Germany. Various products of SVAKOM were nominated for the best adult toys in the famous fashion magazine “COSMO” in 2016.

Their “Svakom Story” section showcases an interesting timeline of the company’s most important moments from inception (2012) in the U.S. to current day. It’s worth a glance, as is their interesting blog. 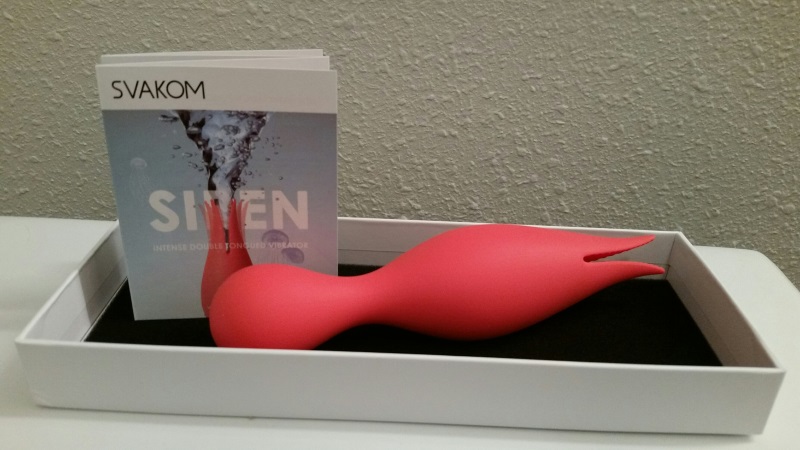