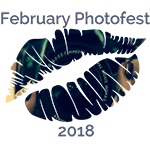 We are all made of so many colors. There are days when I feel black…dark…a void of too many or not enough color. Other days, I feel neon or pastel or vibrantly primary. Mostly, I feel like a rainbow, a bit of every color joined to create a swirling mix of complexity.

My marriage is similar.

Some days it seems like a watercolor with too much water, washed out and tired, soaking the paper to soggy bits. Other days, it seems like fire, licking reds and oranges. Most often, it is a soft shade of gray or blue, comfortable and inviting.

_________
Night before last, my husband and I had a serious conversation. As I tried hard to give advice and insight to a writerly acquaintance on twitter, we discussed our own issues in relation. We talked about his (my husband’s) insecurities and my inhibitions. We talked about our trust issues and our unwillingness to forgive.
It’s hard to make it clear to an audience that is not in our home living our narrative, but I was actually rather logical (which isn’t really like me, since I tend to be hyper-emotional at most times). I told him I wanted him to feel free to be himself, and that I wanted to find a way for us to both be happy in this marriage. Of course that is so much easier than it sounds.
My husband would love an open, polyamorous, adventurous sex life. I would prefer it to be close, monogamous, and intimate. I don’t think the two are mutually exclusive, but I’ve yet to figure out how to make it work…with both of us feeling completely fulfilled.
However, we aren’t giving up.
That night…his sexsomnia kicked in, within minutes of him coming to bed. He reached over me, nestled his face into my neck, and began kissing and sucking my earlobe. He rubbed his dick between my ass cheeks and breathed in to my neck.
Now I’ll be honest. Some nights, it’s easy to put him off…to push him away, and he just rolls over and goes to sleep, none the wiser. And since he isn’t really awake, I don’t have to feel bad about him feeling rejected. He never remembers it in the morning. But, the other night, as he rubbed himself against me, I found myself full of desire. I pushed into him and writhed against him until he reached his hand between my legs and slipped his fingers between my labia to find my clit. He rubbed it gently until I rolled toward him and splayed my legs wide, offering myself up to him. His fingers slipped into me two and three at a time, alternating between rubbing and thrusting. I bucked and wriggled until he finally moved between my thighs and began licking and sucking as I moaned and whimpered in response. As I came, he devoured me.
When he asked me if I wanted his dick, I said yes, sure that…at this point…he was awake.
He moved up and over me and plunged his hard cock into me. I was so wet I squelched around him and instantly came more as he pushed in and out. 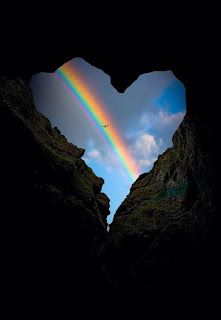 He grabbed a handful of my hair and told me to come. I was undone. I seeped in to the sheets almost instantaneously. And he melted as I did it. I know that my reactions to his demands impact him in the same way that they do me. He came and I came and we soaked the bed. And he called me his “good girl.”
It’s hard for me to know exactly when he woke up and realized what was going on. But, I do know that I walked away from it feeling closer to him and more hopeful. Our conversation was deep and uncovered some fears and insecurities.
I still haven’t initiated sex. This week, I’ve been abnormally exhausted. And yes, my excuses are as plentiful and colorful as that rainbow in this week’s Wicked Wednesday prompt. But, I can also say that my love for him is just as beautiful and complex. Just as natural and awe-inspiring. 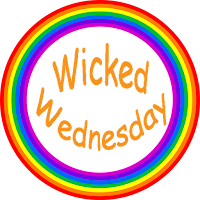 Goals for improving my sex life in 2018

There are a hundred ways…