Skip to content
I’m late this week, but I’d rather be late than skip it again. I think promoting the work of others (especially in this naughty corner of the internet) is important.

One: Cimmerian Sentiment’s “Seducing Mr. Miller” was a thoughtful little story about a younger woman seducing an older man and uncovering her own sexual power in the process. I wish I’d been that brazen as a young woman, sometimes. Hell, I wish I could be that brazen now, on occasion. Mostly, as is usually the case, what I liked most about this piece is the character development. I’d like to see this story continue, and I’d like to know more about Mr. Miller’s own internal workings. I think character motivation is fascinating. What made him follow her so easily? And what will he think about her rules? Is this the birth of a dominatrix?

Two: What I loved most about Nicci Haydon’s “Fiery Heat” was the youthful innocence and sweetness. It isn’t easy to make a reader care about your characters so quickly, so I would say Haydon has a rare talent there. I’m happily anticipating the next installment of this very short glimpse into this young male character’s mind.

I was drawn to young characters this week, character development, description, internal dialogue, and newness. All of the characters were setting out to try new things or be with new people. That feeling of being on the cusp of something unknown and exciting and tentative. I must be craving that myself. I think, though, because of the draw to these fascinating young characters, I was also feeling a bit nostalgic. All the things that could have been and weren’t. All the things that were, and why.

Bonus for this meme: Kayla Lord’s “A Wank and a Spank.” I’m fondly jealous of what these two have. And I love how they both write about it. Their openness and lack of judgement invites me right on in through their bedroom door. I’m not drawn to pain, but I could totally identify with Kayla’s intense need for release here.

(I was pleasantly surprised to be chosen as one of the previous week’s top 3 by Girl on the Net – see the poem here: “Chemistry”.)

For Wicked Wednesday this week, I was drawn to images and the stories that go with them. All of these were short and impactful little vignettes that stayed with me like subtle hauntings.

My favorite images this week were –

“No Tell Lover” by Sassy Cat

“Spaces Between the Threads” by The Other Livvy

I liked the simplicity and focus in all of these images.

Don’t forget about voting in round one of the Smut Marathon.

And check out all the amazing photography in the February Photofest. 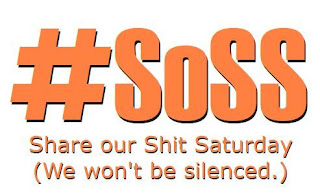