“What are you doing to keep me?” 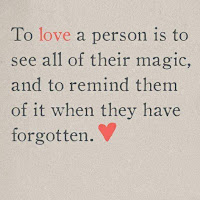 A long time ago, during one of our rather regular “discussions” about our relationship, Mr. D asked me an important question. I didn’t have an answer and was a bit taken aback by it, so I slipped it into my subconscious and let it marinate for awhile. Things like this tend to come back when I am ready for them.

My slowness to “get” things when it comes to our relationship is maddening for my husband, I know. I process the conversations we have at less than a snail’s pace, but I like to believe that when I do finally “get” something…I really get it.

For example, all those years and years of late night conversations that ended simply and sadly with him saying, “I just want you to want me.” And my infuriating response of, “But what does that look like?” It exasperated him. Because it’s like I just forgot, somewhere along the way, how to love him in his language.

It brings me to the question in the title post.

Last night, at yoga, the instructor asked us to come up with an intention for our practice before we began our meditation. I have no idea where it came from, but this question, from months…possibly years…before, came to mind. I had said to him, in teary desperation, “I just don’t want to lose you.” And in quiet exasperation, he responded, “But, what are you doing to keep me?”

At the time, I reacted in my normal way…defensively. Immediately, I thought of all the things that I do for him and mentally patted myself on the back for being at least a decent wife. But, the problem was, and I knew it deep inside, I wasn’t doing anything to keep him. And I didn’t want to admit what a lousy job I was doing at really be a good wife for him.

So what am I doing to keep him? Well…that is a very good question. In fact, so good, that last night, as I sat there on the mat, it became my “guiding question” of the year. 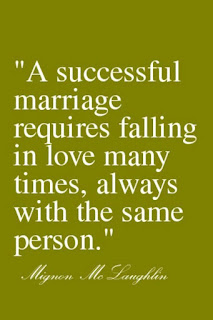 We all deserve to be fought for and shown that we are desired. To feel wanted is a fundamental human need…and not too much to ask of our partner or significant other. Mr. D knows that I love him, but it isn’t just love that he’s asking for.

I can love him from a distance. I can love him as a friend, as a co-parent, as an ex-wife who lives across town or across the world. But, keeping him? Keeping him takes work. It takes initiative and creativity, and dedication, and a renewed sense of connection on a regular basis.

It takes making him a priority…making his deepest soul needs a priority. And making the effort to listen (and hear) what he is saying without becoming defensive or being afraid of showing vulnerability. It means laying myself bare, to the point of cracking myself open and letting him at the messy contents within.

“What are you doing to keep me?” It’s not a question to which I have a simple answer made up of pretty words and ideas. It is a question that begs action, instead.