1. A friend gave you a pie touting it as a favorite family recipe, and you ate this pie and got sick–or had an allergic reaction. The friend calls a few days later to ask, “How did you like the pie?” What would you say?
Maybe I’m missing the point here…but I ask this “friend” what might have gone wrong with the family recipe. I might inquire as to the ingredients, to see if it was something on my end. Then I might encourage this “friend” to avoid giving me pies in the future.
2. Your significant other really wants to try the “swingers’ lifestyle” but you really do not want to do this. Do you:
a. Tell him/her no, you are not interested
b. Do it, and go along to make her/him happy
c. Say yes, because you’ll try anything once
d. Say no, with no explanation and forbid your significant other from venturing into swinging.
Ha! This one makes me giggle. Been there…done that! Paid for it handsomely, too! Back in the day (2008, that is), when Mr. D brought it up, I was reticent (and I’m being generous there). I cried and thought he was just looking for a way to replace me in the sack, since I wasn’t really up to snuff after having had a rather complicated birth that sort of scrambled my insides a bit more than most. The damage and the lengthy healing had put us both in states of emergency concerning our sex life, and I figured this was either a way for him to get sex from someone else, or an attempt to jump start my libido (either out of fear or enticement). He showed me a website, and let me loose on the forums for a few days to just see what it was all about. I’ll be honest…after reading up on it, it did seem like a good possibility for us both. We decided to hit a swingers club in Seattle and test the waters. That first time was enticing. I came away with a new respect for the “lifestyle.” But after years of playing, I found that it just wasn’t for me. There was too much drama, and not enough satisfaction on my side of the bed. The women all seemed much more into it, and the men seemed much more insecure (about themselves and about their wives fucking someone else). I found it difficult for us to find couples that provided us both the same level of chemistry; and since I’m not the hunting type, it basically just wore me out. It was “dating” when I don’t have to. For him…that was the draw. This is surely an issue that is bound to resurface as we “rebuild” our marriage. His desires aren’t going to go away. And my misgivings aren’t likely to fade.
3. Have you texted nude photos to someone and had it come back to bite you in the ass–as in someone taking revenge for your misjudgment?
I haven’t had anyone take revenge…but they could have. Before Mr. D and I walked away from “swinging,” we were briefly seeing a couple. The male of the couple was pretty into sexting, and I ate up every word of it. I sent him a few pictures in reply to the ones he sent me. And everything was good…for several weeks. Until the whole thing erupted. Now, this was a local couple (which I was normally very much against). And Mr. D and I have very public, very conservative careers. It’d be easy to ruin us. Something happened between Mr. D and the wife. She felt he was simply “taking one for the team” so that I could get my rocks off with her hubby. She got pissed off at him and called the “relationship” off. This meant, the hubby and I were done. I asked him to please remove any pictures he had of me, and he promised he would. But, of course, I have no proof that he did. I learned my lesson, though.
4. Have you or would you ever stop having a relationship with someone who had a weight problem, and their physique drastically changed?

This is tough. I think it is hard to be physically attracted to someone who is not within my body type “window.” It’s a big window, too. So, if my man were to gain a lot of weight, I’d have to be honest, in a kind way, that he needed to take care of his health. I’d be supportive and make it more about health than appearance. If he refused to be “healthy”? Well, that’s another matter altogether. I wouldn’t necessarily cut off a relationship for it…but it would impact my level of desire.

Besides, I’ve gained about 40 lbs. since I first met my husband, so I don’t have a lot of room to talk. It doesn’t seem to have impacted his desire for me at all. But for me? He’s gained about 60 lbs., and there are times when I look at him and do find him less attractive than I once did. Maybe that makes me a bad person, maybe shallow…but I’m being honest. It doesn’t make me love him any less.

5. Would you rather find true love or win the lottery with winnings of $10,000 (usd)?
Well, I’ve already found true love…so I’d take the cash, thanks!
Bonus: Which topic of conversation do you avoid at all costs–politics or religion?
Politics. Politics. Politics. I tend to run right down the middle on most things, but I find that my extremely conservative and liberal friends are pretty hard to talk to in a logical, rational way. I’m also not really into confrontation. So we’ve just agreed not to talk politics pretty much always. Family engagements are also great for this. My dad is extremely conservative. My father-in-law is extremely liberal. My husband is pretty conservative, and I am just a tad more liberal. Add alcohol and voila! Instant MMA match-up…just add the chain-link cage. So that’s another place I just walk away from. I take my glass of wine and go help with the dishes. Sometimes the water and the clinking of plates and silverware covers up the brutality. And sometimes they just wear each other out and forget what they were talking about. 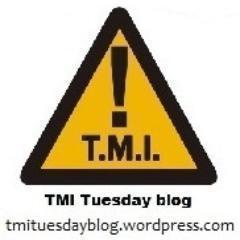