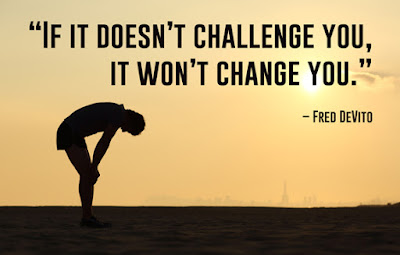 I haven’t run an entire 26.2 in one go, but I have walked/ran/jogged, choked/limped/heaved my way through three half-marathons…and trained for each one of them like someone told me I could never do it. That sort of resolve, at least for me, has to come from a place of gritty determination – bordering on anger and a kind of “I’ll fucking show you, you bastard” resolve.

I’ll be honest…I’m not a big fan of running. I don’t like coming home from an exhausting day at work, longing for a stiff drink and passing it up for my running shoes. And the first mile just feels like I weigh 300 pounds. I’m slow, heavy, stiff, and crabby.

But then…every once in awhile, I hit that glorious (and yes, it really exists) runners’ high. It’s that moment when my whole countenance suddenly softens and just molds right into every move it’s making. That moment when what I’m doing feels like it’s exactly what my body was built to do. I feel light and laser-focused. I want to run forever…until I die.

Of course, I can’t. And so, I slow my pace and run through a cool down.

The high lasts for awhile. Hours…

And then I wake up in the morning, and my whole body hates me. Every little nerve aches, each twinge sending out curse words directed right at me for being so stalwartly insensitive.

It’s usually a few days before I can get up and try again. After a high like that, it takes some doing to get back to it.

The whole process is actually a really good metaphor for my sex life and marriage.

You see, I’m not a sprinter. I’m not fast. I’m not particularly competitive. I’m also slow to warm and slow to heal.

No…I’m a marathoner. I plan and train and commit to things. Bleeding toes and chafing thighs don’t stop me, though I might bitch a blue streak as I finish another mile. I might cry and plead for it to be over.

But I also know there are smarter ways to train and smarter ways to run. Up to this point, I’ve been taking the hard route: a mountain trail at the edge of winter rather than a smooth path on a sunny Spring day. Why? For some reason, I’ve always leaned toward the most difficult option. And I’m starting to see the folly in that.

This year, it is my plan to soften into my pace. To ease and open and just let the high take me when it can. And when it can’t? Well, I’ll keep running. Because what else does a marathon girl do? 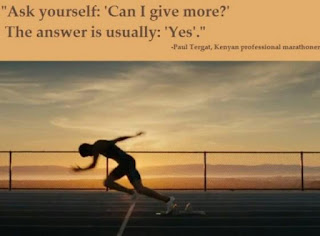 The thing is, giving everything I have to a chosen action or task actually feels good. It feels good to surrender, to let go, to explode like a firework across the sky. To lay there, completely spent, knowing that I could have given nothing more to what I wanted most at that moment. That is the definition of catharsis…the great purge of pent up intention.

I feel it after sensational sex. I feel it after completing a big project. And I feel a hint of it every time I look at my husband when he doesn’t notice me looking. That liquid warmth that starts at my collar bones and floods slowly through my upper chest and into my belly. It vibrates. And it erases all the shit that doesn’t matter.

I want that high more often.

But, of course…that high doesn’t just happen. And it isn’t as easy to get as one produced by narcotics. It’s a high that happens because the body is being pushed to another level. Likely just as addictive as an artificially induced high, but so much cleaner and more rewarding. It’s a high that doesn’t break the body down in its insatiable desire for more. Rather it pushes the body to greater heights and strengthens it as the same time.

That’s what love does. Long-term love, much like a marathon, comes with its ups and downs. Its lows and hurts…its highs and periods of tremendous growth. My marathon, so far, has been painful at times. But, this is how we build resilience. It’s also how we learn which paths to avoid, which paths to seek, and which paths to simply stay on until they run out.

I don’t have a particular destination in mind anymore. It used to be that I had a plan. Get a degree…find a man…get married…settle down…buy a house…have a baby…get a promotion…and then…and then what? Well…I’m at the “then what?” stage of my life, which feels a little disorienting and yet also a little freeing. I have everything I set out to achieve in my life. And maybe that’s part of the problem I’ve been facing. It’s like finishing one marathon, and then trying to figure out not only why you did it but what you got out of it that would make you do it again.

I guess what I get out of it is a sense of purpose. And my purpose just got a lot more simple: enjoy the view from up here.