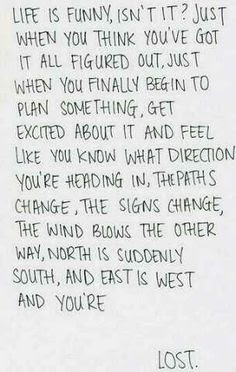 Initially, I thought about doing a “sex challenge” of sorts for the month of December. Just a day-by-day push to get our sex life back on track. But, something happened.

Basically…the damn broke, and a flood of really ugly history has threatened to destroy everything. Anyone who has read my marriage-related posts in the past knows that Mr. Delaney and I have had our ups and downs. More downs in the past few years than ups. In addition, anyone who’s read my posts also knows that we are intensely connected and love each other deeply.

As I share my story and personal experiences over the next few weeks, keep in mind that I truly feel I am doing what is best for our relationship right now. It may be too late. And I may find myself in a week, or a month, or a year, washing up on a distant shore wondering what the hell happened and how I am ever going to find my way home.

Mr. D is not very receptive to much of anything I could offer up right now. He’s mad. He’s hurt. He’s thrown out some pretty serious ultimatums. And I’ve had to make the decision that I’m all in (not a hard one really) and that I’m willing to work as hard as I can to get us back on track, even though he doesn’t believe me.

Quite honestly, I know I’m not the only one at fault for our relationship issues. But, blaming him or even putting off his accusations (which are simply understandable cries for much needed attention and love) isn’t going to fix anything. It’s also not going to help to complain.

Right now, I’m just weathering the storm, waiting for him to be open to me. And, as with any major disaster, the rebuilding will be intense. I can’t yet think about rebuilding, though. At present, I’m simply treading water, hoping the sharks don’t eat me. and that I don’t drown. Mr. D could throw me a lifeboat – and I’m sure he would if he had any left. We’re both pretty much lost at sea right now.