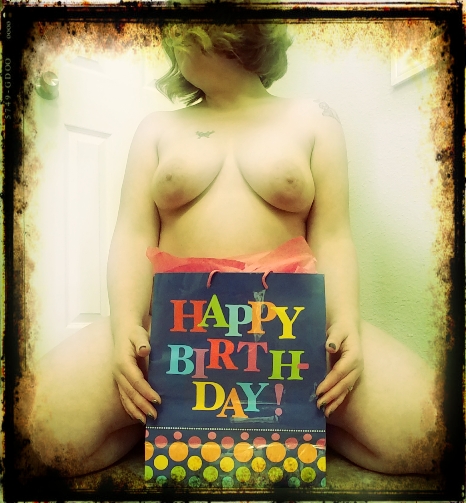 Last Thursday, I set an intention to surprise Mr. D with a welcome home blow job. Of course, it didn’t go down as planned (see what I did there?).

This was the initial plan:

Just do it. No words. No explanation. Just take his hand and lead him into the bedroom. Lock the door. Unbuckle his belt. Unzip his pants. Don’t even worry about his shoes. Just pull down his pants and underwear and wrap your hand around the base of his cock. Lick the underside slowly, take it…flaccid…into your mouth and bring it to life with the heat and soft movements of your tongue. Once it’s awake, and well-lubricated with the wetness from your mouth, vary the pressure and speed of your sucking until his thighs begin to tense. Keep your hand in the game…wrapped around his dick, sliding up and down with the rhythm of your lips and tongue. Squeeze the base, slip your fingers underneath his balls to press the sensitive point between his anus and his scrotum. Reach between his legs to grab his ass and pull him closer. He likes to see you on your knees, looking up at him. Make sure to do that. Wrap your lips around the base of his shaft and suck all the way to the tip, slowly, deliberately. Tease the tip. And then increase the pace and pressure. The closer he comes to climax, the faster he’ll want you to go. Keep it steady. And when he’s ready…when you feel his whole body tense…take it all in. His hands will be on the back of your head. He’ll guide you. Follow his lead. And swallow.

But no, I pulled my normal “oh he’s busy doing something…and we’ll get around to it later” routine. I had no excuse, either. We made a quick dinner and were just planning to watch a movie. I could have easily suggested it.

Before I knew it, it was almost midnight, and when I tried to unroll my plan, he was disappointed and not interested.

I suppose I deserved it.

So we rolled over and went to bed, both of us feeling frustrated.

I did wake him up with a blow job in the morning, however. Still…he did not come. And later, when we talked about it (because I love it when he comes and feel a bit unsatisfied when he doesn’t, even though I know I shouldn’t take it personally), he divulged some of his concerns.

See, both of us have added on some extra pounds these past few years. Depression has made us both less active than we should be and has encouraged both of us to self-medicate with alcohol and food more than is wise. He’s afraid the added weight, the anti-depressants, and the alcohol have all compounded to decrease his testosterone levels. And now he’s wondering if he even wants them revived. He’s worried that improving them would just take us back to our same old trouble with our vastly discordant sex drives.

That’s irony, folks: I finally want our sex life back, and now his libido is as low as mine ever was.

However, today is my birthday, and I’m going to go for it again, even though he seems a bit down. He and my son cooked me a fabulous dinner (salmon, bacon-wrapped asparagus, and roasted red potatoes). And now, it’s time for a movie on the couch – my annual viewing of “It’s a Wonderful Life” and my son’s first time seeing it.

Sometimes, it’s hard to not get down. Especially when you don’t have complete control of your emotional states (which makes me feel chaotic and helpless sometimes). But, I’m trying hard to be rational and logical.

After the kiddo went to bed, Mr. D and I decided to watch some comedy, but afterward, he asked if I’d mind if he stayed up playing his video game.
I suppose I shouldn’t have taken it personally. His libido is down, and he did make a lovely dinner and put up with a movie he doesn’t really like to make me happy for my birthday. But, usually, some sort of sexual activity would be involved…something he initiated…just to make me feel good.

I know I looked disappointed, because he asked me if I wanted him to come to bed. But, I learned my lesson about that the other night – he obviously wants me to initiate sex and seduce him earlier in the day, before he’s had any alcohol and when he has more energy. So I told him it was fine for him to just stay and play his game and that I should have brought it up earlier if I wanted sex.

I went to bed with my book and read for awhile.
I have no idea when he came to bed.

I suppose turn around is fair play here…not that he’s withholding sex on purpose. But he’s put up with me loving him and doing loving things for him for years without me offering up much in the desire department. My libido has oft been on vacation – sometimes for months at at time. I’ve tried medications, hormone therapy, counseling, exercise, sleep, hydration, supplements, diet…you name it! So, I get the frustration. And I’m not about to put any blame on him.

But, at least I really understand the pain that comes with that now – from the other side. Being loved and being wanted are certainly not the same thing. Not even close. Today, I was loved. Deeply. My boys shopped for me, picked the wine, the ingredients, and made a complicated meal. They hugged me, told me they loved me.

And yet, at midnight, lying alone in bed, the desire momentarily missing from one side of this marriage – I was painfully aware of its absence – maybe more so because his has always been on hyper-drive.

I’m being careful not to complain. I’m trying to be understanding and accepting. That’s really the best I can do right now.

Yesterday, he called me in for a quickie…which ended up lasting less than two minutes. He pulled down my yoga pants and bent me over the bed…lubed me up and was done before I had a chance to even catch up. I’m happy to fulfill his needs like this…in fact, I love to. But, I’m hoping for a Christmas fuck to get us back on track a bit.