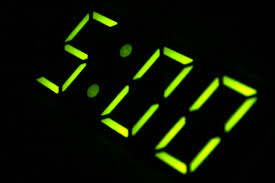 Katherine looked up at the digital numbers glowing green above her pillow. 5:00 a.m. The kids would be chomping at the bit soon to leave their rooms and see what Santa left. Sleepily, she rolled out of bed, donned her robe and slippers, and shuffled quietly out to the kitchen. She’d make coffee and put a few muffins out on a platter to help Jeff wake up and get going. He was always the Christmas morning photographer, and she’d want him to be on his game this year. Both Jamie and Evan were old enough now to open all their own presents, and likely they’d rip through them like tiny tornadoes. Jeff would need to have laser focus to get the best shots. All the in-laws would be there soon, as well. She had just a small amount of time to curl up on the couch and soak in the quiet beauty of the tree lights and the beautifully wrapped packages so carefully stacked beneath.

Katherine placed the muffin tray on the counter and poured herself a cup of the freshly brewed coffee. Wrapping her hands around the warm cup, she placed her nose within inches of the dark liquid and inhaled slowly, savoring the smell.

Padding softly across the wood laminate floor, she found a place on the couch and propped her feet on the coffee table. Her eyes drifted toward the tree. Starting at the top, she took in the gold star, all of the ornaments made of paper and macaroni and too much glue – little gifts from her two boys. The lights twinkled a bit as she moved her eyes to the pile of gifts below.

She noticed a bit of movement toward the back. It startled her, and she sat up straight, putting her coffee on the table to avoid spilling. She kept looking in the same direction, wondering if maybe her eyes were playing tricks on her.

There it was again. She squinted her eyes to focus them better and leaned closer.

Yes, there was definitely something moving towards the back.

Katherine stood up and walked over to the tree. She got down on her hands and knees and moved a few boxes in order to get a better look.

And then she saw it. With a sharp intake of breath, she sat back in surprise. Something in a box was buzzing and vibrating. Maybe a toy had spontaneously turned on? Battery malfunction. She pulled the offending box away from the others. Suddenly, it stopped vibrating. She looked at the label: “To: Katherine…From: Santa.”

It began to vibrate again.

And then it stopped.

She turned it upside down.

“Unwrap it…” Jeff’s husky pre-coffee voice made her jump.

“Oh my goodness…you surprised me.”

She ripped the paper off, opened the box, and sifted through the tissue paper inside. What she found involved a butterfly attached to some thin strands of elastic.

“Put it on.” Jeff smiled and walked back into the kitchen to get some coffee. From the kitchen, she heard him say, “I can control it with my phone.” 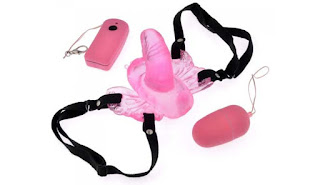 She could she him smiling as she slipped it on under her robe and into place. He slid his fingers across the face of his phone, as if he were simply checking Facebook or scrolling through his email. His thumb grazed the surface seductively, and as she felt the insertion begin to vibrate slowly, she imaged the feeling of his thumb grazing her clitoris.

“This is going to be a Christmas morning you won’t soon forget, love.” 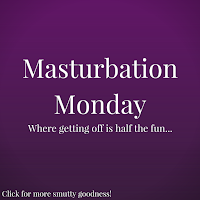