I really do get that he’s angry and hurt and resentful. I also understand that he has a lot of trouble with trust and forgiveness. I’m not the only one who fucked up this party; however, I am willing to be the one who takes the brunt of the blame and spends the most time apologizing because I’m done feeling like I need to defend myself.

Mr. D is obviously tortured. And he isn’t dealing with his issues in any constructive way. Last night, we shared a bottle of cheap wine while watching an episode of Stranger Things. He polished of the tiny bit of rum and gin that were left. Then he opened an expensive bottle I was saving. We shared it. Or, rather, I had a glass of it, and he had three – because that is his ultra-healthy way of dealing with pain.

After three episodes, I decided to head to bed.

He knows I need my sleep. He knows I don’t like having serious discussions late at night. We’ve talked about just that thing in counseling sessions, even.

And yet…when I came back from washing my face, and I leaned over the back of the couch to plant a tentative kiss on his cheek and say goodnight, he grabbed hold of my hand, and stared into my eyes.

From there, it all came out again…he’s angry, I’ve hurt him too many times by saying I’d fulfill his needs and then failing, I’ve made him feel unimportant, undesired, unwanted, I’m not the only one at fault, he takes his share of the blame too, he loves me, he doesn’t know how to live with me, I’m his best friend, he needs some time, I can have the house, he doesn’t want to hurt our child. All these veiled (and sometimes not so veiled) threats of divorce or separation.

I’ve apologized. Beyond that, until I am allowed to act, I can do nothing but wait for him to do what he is going to do. And I’ve resigned myself to any possibility. I even told him last night that I’ll support him in anything he feels he needs to do, because I love him…and I want him to stop feeling so horrible. I assured him that I would do what I could to keep my family (mainly my father) from coming after him or blaming him. I also assured him that our kiddo would be fine as long as he knew we both loved him. Kids survive this sort of thing all the time.

He tried on some scenarios…positing that leaving would be better for us both (which it might be). 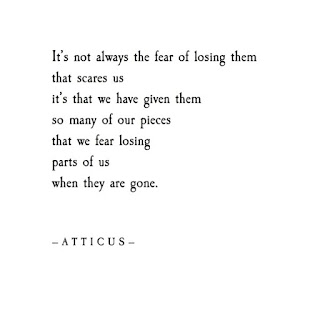 He explained that we could still call each other and go out on dates.

I agreed that this might be a way for him to see that I was willing to work with him.

I think he is going to take our trailer and live on his parents’ property for awhile after the holidays. He doesn’t want to ruin our kids’ Christmas, so he’s waiting. I say I think, because I can tell he’s conflicted about it. He asked me what I wanted, and I told him I didn’t want him to go. Then he spent 10 more minutes explaining why he should. So I asked him why he asked me if it didn’t matter what I said.

To some degree, even though he says it’s not true, I think he’s raking me over the coals and punishing me with ambiguity. Everything I say seems to be met with a “Yeah, but…” which tells me nothing I say is really going to have any positive impact. But, if I don’t say anything, he accuses me of checking out and not listening or caring about what he is saying.

Logical response. Not very helpful. In fact…not even possible.

Getting down to the essence of all of our arguments and conversations – I think he is too hurt to even begin to let us heal. And I don’t think he knows how. As I said earlier – he is tortured.

I agree that I have said some hurtful things in arguments we have had over the years. I also agree that I have promised to change and try and have never managed to change or try hard enough (or at all – in his eyes). I know that my lack of enthusiasm for his sexual and intimate needs has left him feeling damaged beyond repair.

But, I also know that I have loved him, supported him, laughed with him, held him. I have not been a terrible wife. I have been a lackluster lover. And I have been a sometimes shitty friend.

I’m tired of being tortured for my sins. My sins have not been intentional. I have not cheated (not even close). I haven’t physically abused him. I haven’t left him. I haven’t ruined him financially, destroyed his reputation, attacked his family or friends. I was neglectful.

Part of weathering this storm is knowing when paddling is useless. I need to conserve energy, and the wind and rain are going to rage on around me regardless of how I fight. Bracing myself and remaining calm inside is what I have to do to survive this.

Days like this, I am thankful for yoga…and wine…a warm bed…and hours to sleep.

The look (and sound) of good sex…