Today is not a good day. Last night, the alternator in my truck went out, and Mr. D had to rescue me and call a tow truck. Today, he spent the better part of the day fixing the truck. Then, the drier, which went out last week, stopped working again. To make matters worse, the dog is sick…again. And, just to put a cherry on top of the shit-cake that I’m already choking down, he slept as far to his side of the bed as he could last night and didn’t kiss me good-bye when he left the house today (which we always do…even when we’re mad). 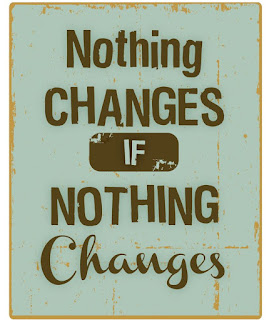 Last night, we sat on the couch watching stand-up comedy, trying hard to simply laugh and call life fine. I made some comment to the effect that I was hoping for a kiss and a little sex later on – my way of inquiring, without asking outright, whether that might be possible. He said, and this is an exact response… “Probably not.”

Needless to say, I was crushed. My soul did a bit of an implosion on itself, and I spent the better part of an hour in silence. I didn’t even laugh at the comic.

Of course, he knew something was wrong and asked what the matter was. I wanted so badly to avoid any sort of confrontation or argument, so I tried to get away with, “Nothing…really…I’m fine,” and smiled weakly in the hopes that he’d just leave well enough alone. But he didn’t. And he knew exactly what comment put me in the well.

We both, however, agreed that discussing it so late at night and after we’d both already had a few drinks, was not a good idea. And then we went to bed.

He hasn’t so much as touched me in over 24 hours. And I’m having a hard time holding it together today.

Tonight, we’re supposed to be going to a friend’s birthday celebration. It involves dancing and drinking, and basically being a socially acceptable human being who looks like she is having a great time. I wouldn’t for the world want to ruin her party by being mopey and sad. But, I must tell you, it’s difficult to pretend I’m fine, when the opposite is so much more true.

I don’t even know how to go about crossing the bridge back to my husband. He knows I love him, but he’s made it quite clear that loving him…even loving him deeply…is not enough.

Right now, he’s napping in a chair about 8 feet away from me, but he might as well be 8,000 miles away for all the emotional closeness I feel.

My challenge for tonight is…holding my shit together, avoiding a confrontation, and pretending to have as much fun as possible.  It will also entail sidelining any brewing arguments and making sure he dances with me.

I don’t expect that tonight will be all the much fun. But, I do expect that our “issues” will not put a damper on anyone else’s evening.

There will likely be no sex…quite possibly no touching…and a kiss may not even be in the cards.

Sorry to be so unsexy.

But, here’s to hoping there might be just a taste of kindness between us, because I will savor it like a delicacy.

Dominance – More than Meets the Eye

Curating Our Destinies through Good Time-Management