This particular art form has always sort of eluded me. Having a bit of the ADD, I have a hard time focusing on either what I’m trying to do or what I’m trying to feel. I don’t think I’ve ever gotten off with this method of sexual stimulation…not to say that it’s a bad addition to the foreplay toolbox. But, I’d prefer to either take care of my partner completely, focusing on his (or her) pleasure…or…be the center of someone else’s sexual attentions.

Actual intercourse is different. For some reason, I guess because I don’t have several balls in the air at once (yes…I said that), I can focus on pleasing myself and the other person at the same time.

I’m not saying I can’t get off that way. I can. I did just the other night…several times. J slipped his fingers in my wet and very expectant pussy. He pushed them deep inside and worked my clit with his thumb. I told him not to be gentle, and he held me down with his body, reaching his fingers in as deep as he could. And I could feel myself tighten around him, pulsing.

Jamie reached over and placed her hand on Chris’s thigh. He took his eyes off the road momentarily to look at her and then placed his own hand on top of hers.

In the dark, street lights lit up the inside of the car in intermittent flashes of light, and with each flash, Chris could see the sparkles in Jamie’s eye make-up — the soft pink blush darkening her cheekbones, creating a shadow that made her look dramatic.

Jamie squeezed his thigh absently, looking ahead at the traffic. She wet her lips and closed her eyes, tired after the concert and ready for bed.

Chris reached over and rubbed her bare knee, sliding his hand up her thigh, under her short sequined dress. She didn’t turn her head toward him, but he could see the corners of her mouth turn up in a dreamy smile. She squeezed his thigh a bit harder as he moved his hand up further, and she spread her legs to allow him easier and fuller access.

“I love it when you go sans panties,” Chris smirked, “I could smell you all night.”

Jamie smiled a little wider, and he could hear the softest laugh briefly escape her lips, the deep red lipstick long worn away.

He reached further up her thigh and let his fingers gently graze the outsides of her labia. Her sharp intake of breathe and almost imperceptible shudder encouraged him to continue. He ran his finger up her slit, parting her lips to access her clit and began to slowly circle and tease.

Jamie reacted by squeezing the inside of his thigh. She traced the inner seam of his jeans with her fingers, upward, across each button, and back down, where she could feel the bulge beneath pressing against the denim. She loved 501’s for just this reason…easy access. One-handed, she opened his jeans, and squirmed her hand into place, as he shifted in his seat to help her.

“Oh, I won’t, just don’t take your hand of the stick, Jamie…drive me all the way home, girl…”

He leaned further toward her, pushing two fingers as deep inside her as he could. And Jamie tried her best to rub him off. Both of them were constricted by position.

Chris turned left on their street, moaning softly under his breath, and accelerated. Jamie reached up and hit the garage door button. The car pulled into its spot, and the door slid closed behind them.

Jamie undid her seatbelt, “Pull your pants down to your knees Chris…” She was breathless and wild-eyed, climbing over the console, straddling him, and then sliding herself down his expectant cock. There were no formalities, just fucking…her ass pounding against the steering wheels, his hands on her hips.

It was only minutes, and both of them, in their hunger, came.

Jamie slumped against him, breathing hard.

“Let’s go inside and do this right…”

“Oh, this was right…it was just right…” 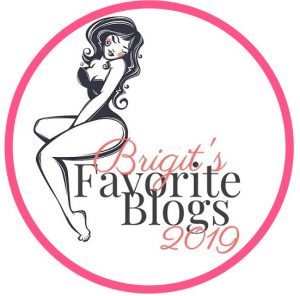