“True confession consists in telling our deed in such a way that our soul is changed in the telling of it.” – Maude Petre

Confessional writing.  I believe the coin may have been termed before Anais Nin, but I’m fairly certain she made it famous.  And it’s gotten a lot of flack since.  Auto-biography (the simple telling of one’s story to document experience) turned to memoir (the crafting of one’s story in such a way that it centers on a theme) turned to “creative non-fiction”(a highly stylized literary version of memoir that relies on all of the literary devices of fiction and poetry).  Be assured, these are my interpretations of the definitions.  I know many would say that all three types of writing are one in the same, or that the words can be used interchangeably.  But, I personally do see a contrast. And over time…if you read through the ages, the telling of one’s story has changed.

So that brings me to confessional writing…the telling of a story with the implicit charge of telling the truth, no matter how private, upsetting, or shocking.  One might ask…why?  Why not just keep a diary and leave it at that?  Honestly, though, in keeping a diary, one knows that his or her audience is singular.  And though lying to one’s self may seem impossible to some, it really is no harder than fabricating stories for others.

We shape and warp and sanitize our truth so that we can live with it.  We leave things out, forget them, see them from a particular point of view.  Years after something happens, we can look back on it and see only the good in a terrible situation, or only the bad.  Our memories are fallible at best.  Our tears, both from joy and from fear and from pain, dry…leaving behind a dust that – when it clears – can bring clouded vision, or a paradoxical clarity.

So to create an audience, by publishing, may seem no different than writing for one’s self…in that lying about our experience, or making it sound better (or worse) than it was may feel necessary, to protect ourselves, our reputations, or our egos.

I’d like to hypothesize, however, that telling our stories, via writing, to an audience beyond ourselves, actually encourages us to look at our experiences as objectively as possible…to “write it all down”, per se.  And that even if we stylize it, craft it to make it artistic or creative, paying careful attention to the story line, what we leave in and what we leave out, we keep in mind that if honesty is the entire point of the telling, then we must “tell it like it is”.

Confessional writing earns more than its fair share of criticism.  Memoirs, in the past 20 years or so have moved in that direction…telling one’s story of drug use, alcoholism, sex abuse, illegal behavior…and there are plenty of people who believe that telling such private memories is useless, even grandiose.  They posit that these writers are simply telling their stories to get attention.

The interesting part of confessional writing, in my opinion, is that it is precisely the opposite.  Oh, I don’t doubt that some writers simply seek fame (or infamy).  But the larger portion of confessional writers, in my opinion, do it more for themselves than for anyone else.  And what they do for others is more about sharing their stories so readers can learn from them.  Confessional writers try to document their deepest, most honest beliefs about events, challenging themselves to the sort of truthfulness that makes them vulnerable.

It is a brave act, more than an egotistical one.

To tell the truth to yourself is one thing.  You know whether you are being truthful or not, most of the time – though it is always filtered through your interpretation.  But to tell the truth to others makes you much more vulnerable.  And it forces you to explain things in enough detail, with just enough narration and explanation to keep the story interesting but also clear and coherent.  You have to leave “stream-of-consciousness” diary-style writing behind, and actually think about the words you will use to create the most honest picture of events as you have experienced them – both for your benefit and for your readers’.

“You have to be willing to reveal everything to get outside yourself.” – David Ulin Everyone’s Life Is Interesting:  Defending Confessional Non-Fiction

When I was in graduate school, I took a class from Kim Barnes (a notable confessional writer and poet whose works include Hungry for the World and In the Wilderness).  The class focused on creative non-fiction, especially the type that lays the writer bare, exposing the heart of everything that matters about one’s personal experience in a way that is both artistic and beneficial to the reader.  Not only did we read a hell of a lot of great essays, we also wrote them.  And the goal was to write them without self-pity or self-indulgence.  That, my friends, can be difficult, when writing from the first person and about circumstances that are frightening and emotional.  But, that is also what makes it art and not blubbering narcissism.

I don’t claim that all of my confessional writing is grand or artistic.  In fact, the majority of what makes it on here is rougher than I would have it if I were truly planning to publish in print/book form.  I ramble, meander, and spend a lot of time just “being” in my daily story, rather than trying to seek a theme within it.  Every once in a great wall, I hit the artistic mark.  By, that’s the point of the blog for me.  To live my life through daily words and introspection.  To document.  After all, this is what I can draw from later when I am ready to sit back and delve into the meaning of all that has happened to me.  This is the content.  This is the experience.  Time – and sometimes a lot of it – is needed before one’s introspection can truly produce revelations.  Being conscious of one’s daily experience is necessary, though, to prepare for such an endeavor.  I consider my life to be just that…constant preparation.

For a confessional blogger…Ralph Waldo Emerson’s quote, “Life is a journey, not a destination” might be rewritten thus, “Our life story is the journey, our understanding of ourselves is the destination…and if others tag along for the epiphany, no matter how subtle or how earth-shattering, so much the better.”

Blogging is a genre unto itself.  But the sub-genres are numerous.  Personally, I think that critics who feel the internet is simply overrun with crappy content from inexperienced writers who have nothing of import to share are being elitist.  Not everyone is a “great writer”.  But there are hoards of terrible, published works on the shelves of book stores.  What is good (or not) is a matter of choice.  And just because I don’t like what someone writes, it doesn’t make their work less valuable in the grand scheme of things.  Art is personal.  It is how we gain understanding and insight about the world around us.  It is how we communicate.  It is how we connect.

Anything that allows us to do that is valuable beyond measure.

Everyone has a story. 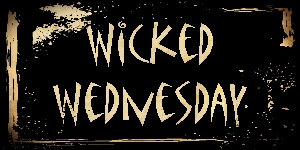